How to cite item

Email this article (Login required)
About The Authors 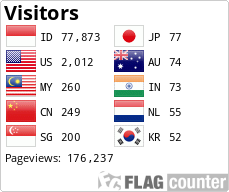 “WHAT JOB CAN YOU GET WITHOUT A DIPLOMA?”: GENDER DISCRIMINATION AGAINST RELAPSED EX-SEX

This study aims at describing the subordination and marginalization of ex-commercial sex workers in Indramayu District. This qualitative research was conducted through in-depth interview and observation on 5 (five) interesting case studies whose data, then, was triangulated to ensure the valid-ity and reliability of the data. The results of the study showed that there were gender discrimination in the form of subordination and marginalization in education and employment which are applied at different periods, i.e.: before and after they worked as prostitutes. Hence, it is then caused them relapse working as prostitutes without any other opportunity to get more normative jobs.